TRON GAMING GEAR
If you want to get into the Game, these are for you...

The original Tron film was a true cult classic which transported the audience inside a videogame. The new high-tech sequel Tron: Legacy is a blockbuster too, and so the guys at Razer decided to whip-up this uber-cool gaming kit for all you Tron fans out there. Sporting highlights of the luminescent blue glow that's the flick's trademark, and sleek, futuristic designs this collection of mouse, keyboard, and mouse pad are to die for! 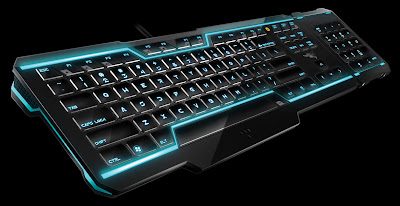 The tech under the hood is impressive too. While the mouse looks like it blasted out from one of the light cycle sequences from the film, it also has impressive specs like a 5600dpi laser, 7 hyperesponse buttons, and a long braided cable. The keyboard is also swish, featuring Tron-styled lettering, a detachable modular keypad, media jacks, and fully programmable Chiclet Keys. 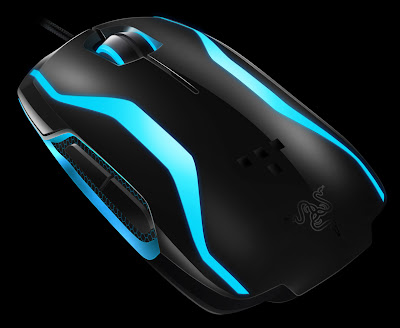 All in all, this is some of the most impressive kit Guru's seen in ages. So if you're in the market for a mouse or keyboard, here's a wicked combo that's worth checking out!! 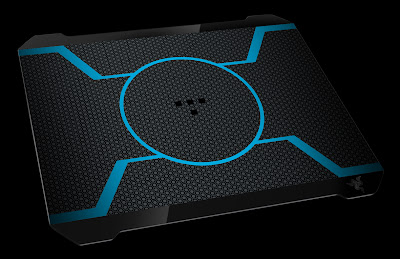