Guess What? Nintendo's 3DS Has a Big Brother!!! 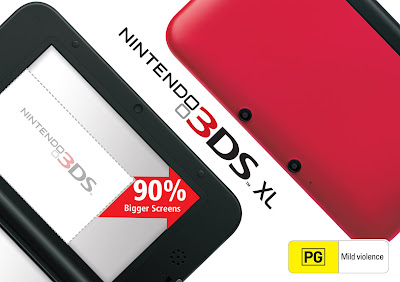 Nintendo’s new 3DS XL is gonna be BIG!!! Really BIG!!! In fact, the screens on Nintendo’s new 3DS are actually 90% larger than the original, so you won’t have any problems seeing all that vibrant 3D eye-candy while playing video games. Dubbed the ‘XL’ (or eXtra Large, if you prefer), it’s the big brother to the 3DS and Guru’s gotta say it sits really sweet in the hands. 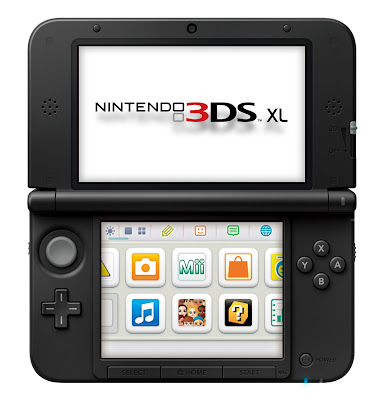 Even though it’s massive in comparison to its predecessor, it doesn’t actually feel that large or unwieldy in your mitts. It’s a bit like The Doctor’s T.A.R.D.I.S. you know it’s big (particularly if you’re standing on the inside, of the T.A.R.D.I.S. that is), but wrap your hands around the outside (of both the T.A.R.D.I.S. and the 3DS XL) and it really does feel stacks smaller than it actually is. Does that make any sense? Maybe... Maybe not! But at least Guru got a chance to toss in a Doctor Who reference. ;-) 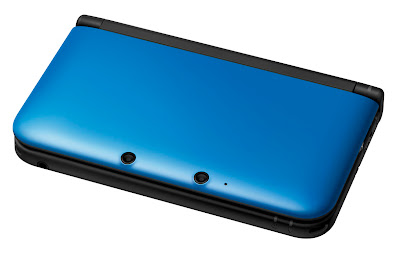 Anyways, the 3DS XL is really easy to get used to even with small hands like me, and if you’re anything like the Guru, you’ll love the extra visual real estate. It’s totally freakin’ awesome!!! Particularly if you like showing off all of your gaming skills! 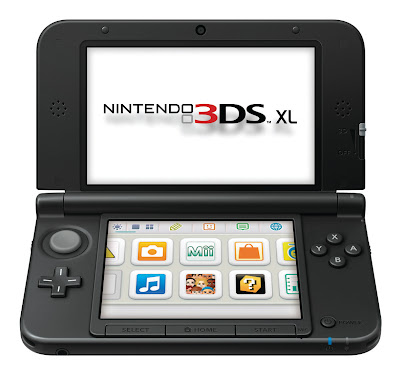 It’s also a great handheld for when you’re chillin’ out with your mates, as it’s easy for them to scope out the action ‘over-the-shoulder’ style. The 3DS XL is also being released in a cool collection of funky flavours including silver + black, blue + black, and my personal favourite, Mario red + black – it looks wicked! 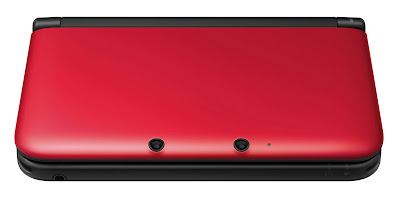 Guru’s sure that the XL will be a huge hit with fans of the 3DS, and for people out there looking for a 3D handheld console, you can’t do much better than this. Game Guru absolutely loves it – gotta get my hands on one!!! 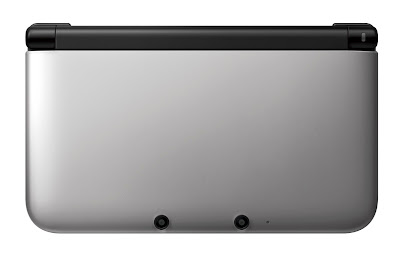 NEW SUPER MARIO BROS. 2
3DS / 3DS XL
Single & Multiplayer
Rated: G
Mario is back for another thrilling dose of Super Mario Bros. platform adventuring, and this time he'll be commin' at you in 3D. The awesome debut of New Super Mario Bros. 2 coincides with Nintendo's release of the bigger and better 3DS XL, so you just know that the game is gonna be HUGE!!! 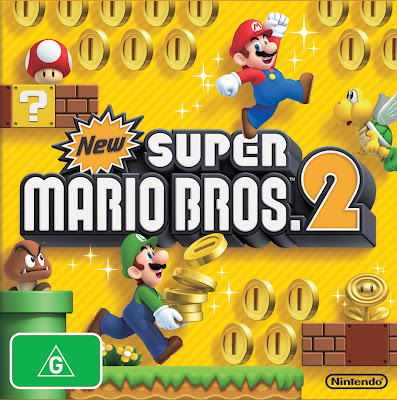 As you'd expect the game delivers big time - it's an '11' on the Fun Factor scale of '1 - 10', so there'll be no disappointments for all you Mario fans out there. All your fave Mushroom Kingdom characters make an appearance in cameos alongside the mustachioed star himself, as he embarks on an epic quest to rescue his beloved Princess Peach. 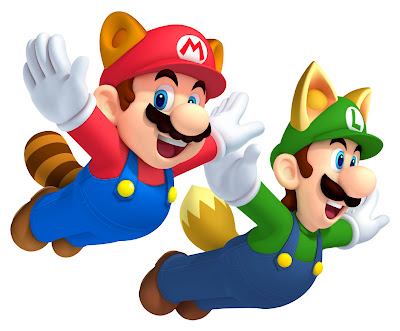 Guru will give you a bit of a hint here... this time ‘round it’s all about the gold coins. The main aim of the game is to survive all the dangerous enemies and obstacles, while collecting one million of those shiny little suckers! And believe me, when the Guru says he was on a mission to get every single last one of them - but hey, that's how we roll... 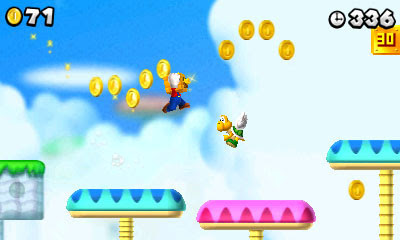 The good news is that our little plumber friend has a bunch of tricks up his sleeves, with the funky Racoon Suit transforming him into Racoon Mario. Wearing these groovy duds Mario can use a nifty 'tail swipe' move and is able to 'float' and 'fly' as he races through levels at super speed! In addition to this, he also has his trademark 'Jumbo Mario' change-up which super-sizes him, perfect for putting the smack down on his opponents. Then there's the 'Gold Mario' and 'Fire Mario' power-ups which will leave his enemies seeing great balls of fire! 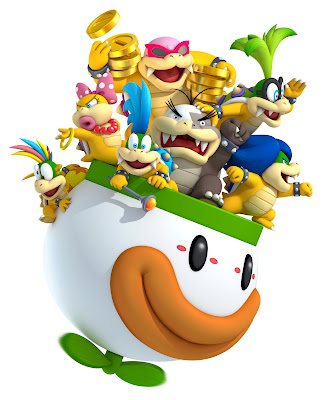 There are an absolute stack of wicked worlds to play through and explore. Guru also got a kick outta the 'Coin Rush' game mode where you get three random levels and only one life to get as many gold coins as possible - it's way cool! Better still, 'Co-Op' mode allows you to team up with a friend, and you'll even get to score the coins they earn while playing with you. How brilliant is that? 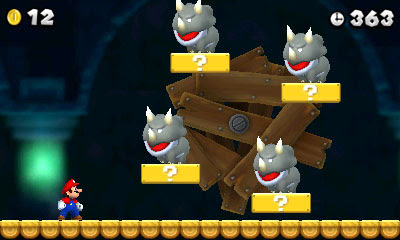 New Super Mario Bros. 2 is available both on cart or can be downloaded via Nintendo’s e-shop. All in all, there's hours and hours of platforming fun to be had here with Mario and the gang. This is the sort of fast-twitch gaming never gets old and the eye-popping 3D visuals make Mario look better than ever before! Go team Mario - you're onto a winner here!!! 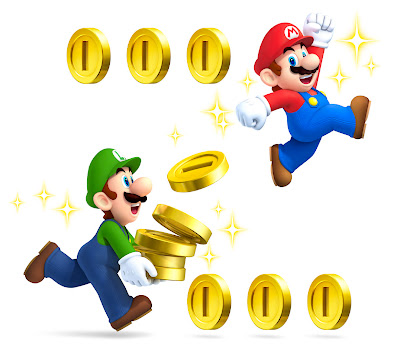