Finally!!! Guru has finally put in the hard yard, and hammered his way through the glorious adventure that is Pokemon Black & White Version 2, and he’s gotta say it’s freakin’ AWESOME!!! Hmmmm…no surprises there really! Pokemaniacs the world over will have already raced out and grabbed the game, but for those of you that haven’t, this really is the must have DS/3DS title of the year! So you better start scribbling and put Black & White Version 2 at the top of all those X-mas Wish Lists. 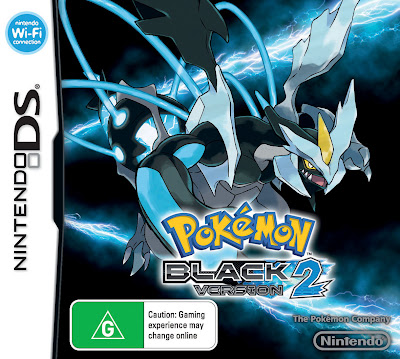 As many of you would already know, Guru is an absolutely HUGE Pokemon fan, having thoroughly played through every game in the series (right from Red and Blue) and has even had his adventures published in a couple of Walkthroughs here in Australia. In Guru’s opinion, the original Pokemon Black & White was one of the best instalments in the series… ever!!! It offered tons of new content, heaps of Pokemon to catch, and introduced the Unova region for fans to play around in. All in all, it offered months of gameplay for completists, and delivered stacks more Poke-fun than we’d ever seen before. 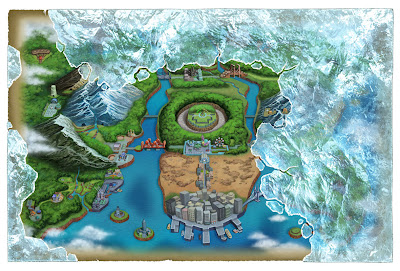 As you’d expect, Version 2 continues this trend, topping up everything from new activities, to beefing up the storyline, and for the 3DS crowd – adding a new way to catch Pokemon (via Pokemon Dream Radar) and then importing them into the game. The only disappointment that Guru could think of, was that he’d have loved to have played the whole game in 3D using his 3DS (no doubt, many of you fans out there would too!) – unfortunately, Version 2 is still a standard DS cart, so we’ll all have to wait until the next Pokemon release, to experience catching and battling Pokemon in 3D. 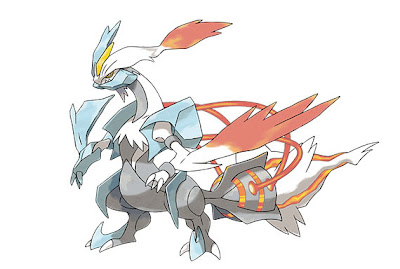 Don’t get Guru wrong, not being in 3D doesn’t lessen the experience, it just would have added a bit of extra sparkle for those Pokemaniacs that are 3DS and 3DS XL owners out there. As always, the gameplay in Pokemon Black & White Version 2 is sublime. It’s the perfect mix of RPG (Role Playing Game) Elements, Collection, Strategy, Turn Based Combat, Exploration, and Adventure. In the last decade there have been few games (particularly sequels) that are still as compelling to play as they were when they first came out. 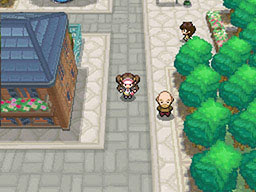 For Guru, returning to the Pokemon universe is like catching up with a dear old friend you haven’t seen in ages. You know each other well, it’s been a long time and some things may have changed, but in a few hours it’s like you’ve never been apart. Version 2 takes place a couple of years after the events of the original Black & White and as in real life, some things have changed, while others have remained the same. You’ll recognise a few familiar faces – Cheren is now a Gym Leader and Bianca is Prof. Juniper’s assistant – and a few you’d rather not remember, with the return of Team Plasma! 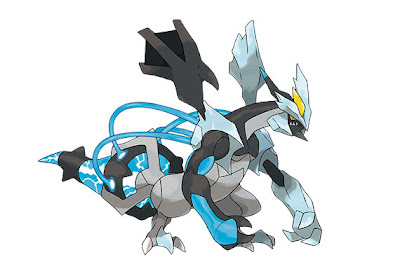 So what are some of the new goodies you’ll discover, while exploring more of Unova than ever before? Well, you’ll notice that additions like Pokemon World Tourney which allows you to show off your skills against iconic Champs and Gym Leaders from past Pokemon titles and PokeStar Studios where players can star in their own movies with their fave Pokemon. 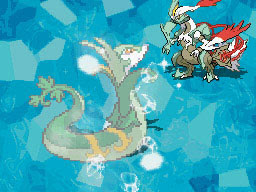 If that wasn’t enough, there are also wild Fun Fest Missions where up to 100 players can connect and play locally (totally awesome fun), and you’ll quickly discover that Gym Battles are far more complex affairs than in previous titles in the series. This is an absolutely HUGE game (which is the reason why Guru’s taken so  long to get this review online), which offers tons and tons of replay value both in cool spin-off activities and multiplayer battles. Once again, Nintendo have outdone themselves by creating one of the best handheld gaming experiences around. Pokemon Black & White Version 2 is a must play for anyone with a DS – it’s brilliant stuff!!!! 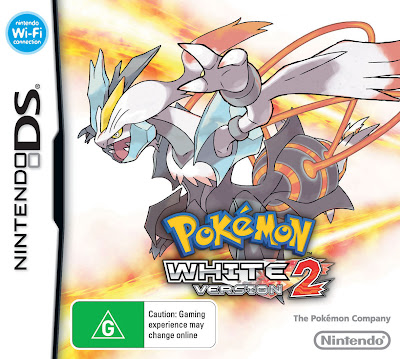 Guru gets Hands-on Disney-fied... Unleashing The Power of Two

He’s gotta be one of the most popular cartoon characters of, well... ever, and he’s back for another round of awesome "paint 'em up, thin 'em down" adventuring, in the spectacular sequel to Epic Mickey. Yes, that radical 'toon rodent with the round ears (a.k.a. Mickey Mouse) returns in Epic Mickey: The Power of Two, joined by Guru's personal fave, Oswald the Lucky Rabbit who actually talks up a storm this time - a great move, as he's just as much fun as Mickey! Together these heroic 'toon titans will battle to save Wasteland, a gloomy world filled with long forgotten Disney characters and attractions... 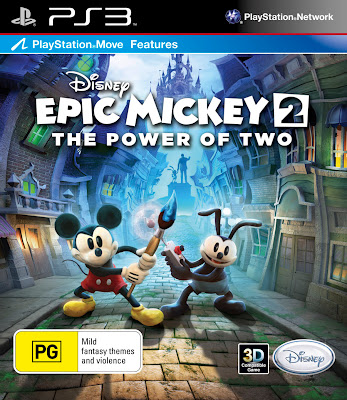 Guru was stoked to get an "Invo" from his mates at Surprise Attack (thanks Drew & Chris) who look after Disney titles here in OZ. Best of all, this wasn't some lame "sit back and watch, while we show you the best bits of the game"... NNNNOOOOO... this was a fully blown, here you go, grab a PS Move controller and have fun as Mickey, while my best mate Dan (that's actually Danielle, just so you Gamer Gals out there know that Guru's an equal opportunity gamer) tag-teaming with the awesome Ossie! 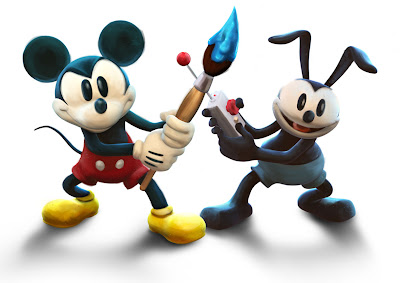 Needless to say, we had over an hour of serious Hands-on gameplay with our heroic 'toon alter-egos and of course we did a switcheroo at half-time, so each of us could get to experience the best of both worlds. Both characters were already sweet to control and the environments we got to explore had tons more detail and polish than the previous instalment of the game. 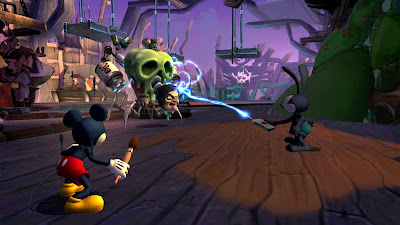 Mickey is still lots of fun using his magic paint brush and thinner to solve puzzles and overcome obstacles by "painting/thinning" things "in" and "out" of existence. Oswald is a hoot too, with his funky remote control which gives him mastery over the powers of electricity - as a team, they're pretty hot stuff! 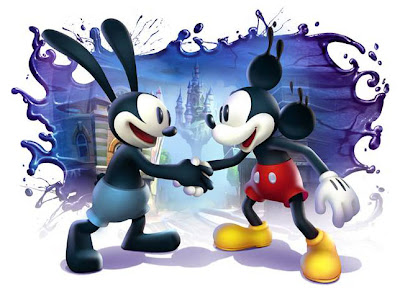 So... how would Guru sum up the game as a whole? Well, I gotta say it's looking pretty epic!!! The game itself is really solid and it's not shy about trying a few things that are a little different. For instance, Guru nearly flipped his lid when he heard that the game would have musical numbers in it, just like some of the Disney cartoons! Say what!!! You've gotta be joking, I thought... who wants to play a musical? Just imagine... characters bursting into song after you solve a puzzle. Toons singing "That mouse has brains", or some other bizarro number - it's a super-sized serving of cheesy, isn't it? 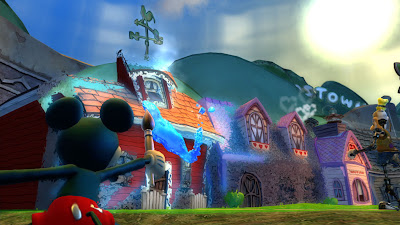 Well, surprisingly no! It doesn't happen often (yeah, stick a sock in it Dan!), but Guru had to eat crow on this one! The musical sections do actually work, in fact they give the game another point of difference and lashings of charm, raising it above all that "same-old, same old" gaming we're all used to. It gives the Power of Two a nice theatrical touch and further showcases the characters’ personalities. 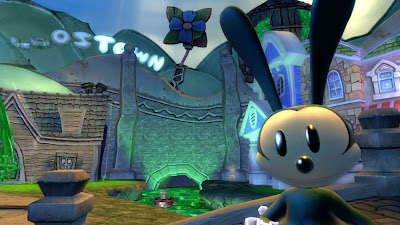 All in all, Guru was mighty impressed by what he saw of Epic Mickey: The Power of Two. It's shaping up to be one of the best kid's games for 2012. The characters are fun, the "drop-in, drop-out" two player co-op mode is a blast, and the vibrant cartoon visuals make it look like a million dollars. Be sure to pop this one on your X-mas wish lists - trust the Guru, you won't be disappointed!!! 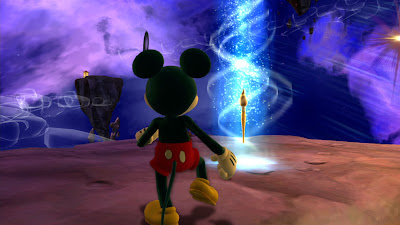 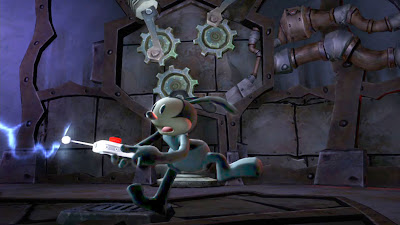 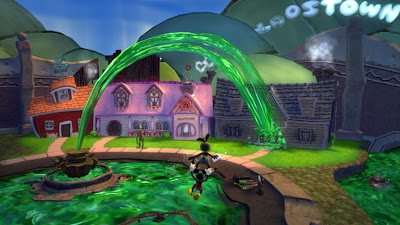 LEGO are always jamming as much fun and humour in their videogame spins on the flicks, books, and comics, we all know and love. They've already done everything from Star Wars and Harry Potter, to Indiana Jones with stacks of success, so it was a no-brainer when LEGO Batman swung into action! 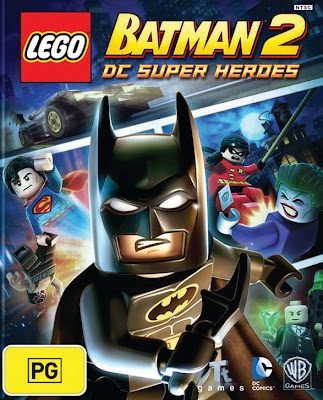 This sequel to LEGO Batman further expands the fun and games beyond just Batman and Robin, to include a bunch of awesome super heroes from the DC comics universe. So it’s time for you all to pull on your capes and help Batman and his super friends fight the good fight to defend Gotham City from all manner of evil doers. 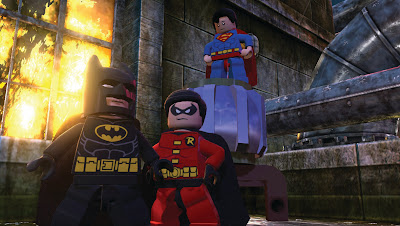 As you'd expect, the baddies are a despicable bunch, with The Joker and Lex Luthor teaming up and unleashing all sorts of carnage and mayhem on the streets of Gotham. On the good-guy side to help the Dark Knight and the Boy Wonder are the iconic "Man of Steel" Superman, Green Lantern, The Flash, and Wonder Woman, to name a few.

There's absolutely tons of fun to be had, particularly when players team up with a friend in Co-op, taking control of LEGOized versions of their fave DC super heroes. Gotham City's LEGO alter-ego looks amazing and there's amazing vehicles to tool around in, on top of the cool super abilities at your disposal. You'll also be collecting lots of new suits and gadgets, to help you along the way. 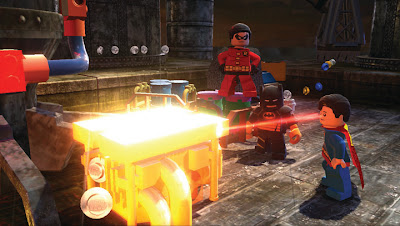 All in all, LEGO Batman 2 delivers action, entertainment, and laughs in true LEGO style! As you'd expect, it only gets better when you team up and play with family and friends. This is great fun for everyone and a must play for LEGO and DC comic fans - awesome stuff!!! 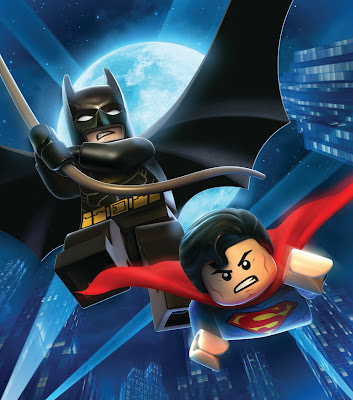